The Tungurahua volcano is a tourist place in Baños de Agua Santa, which belongs to the Sierra region of Ecuador. Discover here the necessary information for visiting this place.

In the Sierra region, crossing from the western cordillera, in the central pits the active volcano Tungurahua stands out. Its cone rises to the south of the deep gap that has broken the Pastaza, following a transversal fault through the Cordillera Real near Baños. From the day of his more Recent eruption, in September 1999, the Tungurahua Volcano has become the most beautiful and impressive tourist attraction of Ecuador, and perhaps, throughout Latin America.

The Tungurahua volcano is known as "mama Tungurahua”. The province of Tungurahua has the name of this colossus, which houses in its skirts towns such as Baños and presents a unique show, although its existence is also is a threat to the villagers, as its greatness can also mean the amount of destruction it can cause in case of a strong rash. The activity of this volcano is a spectacle worth seeing at night.

People from different cities in the provinces of Ecuador, travel here to see this tourist place, Even many holidays are declared during the year in order to arrive in this area.

The volcano is part of the Sangay National Park. It is the tenth highest mountain in Ecuador.

It is located in the Cordillera Real, 33 km south east of Ambato a few meters from the city of Baños.

Tungurahua Volcano How to get there?

For your entry there are two access roads to enter the place, the first is located in the Pondóa sector, a community located 2,480 meters above the sea level. Starting from that point after an approximately 4 a hour walk, and with the help of a place guide, you can ascend to the volcano, as long as it is not active.

The second access road starts from Puela on the Baños - Riobamba road. You can access by car to the Palitahua sector, where starts a path that is divided into two sections: the first leads to the Palitahua hot springs that are located at the foot of the Tungurahua volcano and the second to the southwestern flanks of the volcano where we will find the lagoons of Minsas.

Among the characteristics of this colossus we can mention the following: It is easy to climb even with a permanent glacier on its summit. It enters a reactivation process every 80 years and today constitutes a unique attraction. This event has not affected our city at all.

Tungurahua volcano tourist attraction: it is very visited in order to observe how the smoke and ash emitted by the Tungurahua form ethereal figures and at times presents incandescent shows in the horizon.

Mintza moors: These moors and lagoons are inside the Sangay National Park and are located south west of the Tungurahua volcano, in this place there is a complex of lagoons among which them Naranjal and Negra one, at an approximate height of 3,800 meters above sea level, in a minimum of 3 days you can do this circuit from the hamlet of Runtún and with a walk along the flank.

In this sector there are wildlife species such as: dantas, deer, bears stand out of glasses, hedgehogs, guantas, eagles, condors, mountain goats, hummingbirds, and condors.

The Tungurahua volcano is one of the most active volcanoes in the country, it is currently in an eruptive phase of low intensity, the beginning of the Tungurahua activity dates back to the late Pleistocene during this time the Tungurahua constructed a volcanic building with a base diameter of 14 km.

Other recommended places where elevations allow you to live an unforgettable adventure are volcanoes like El Chimborazo, El Altar, Cotopaxi, the magnificent landscapes will captivate you. 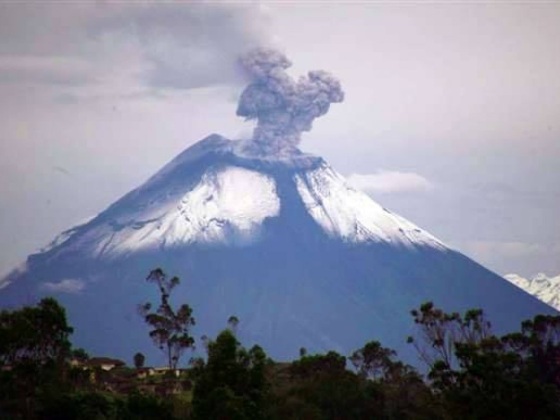 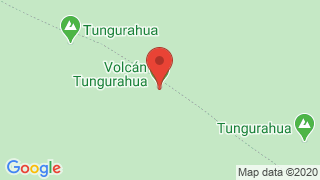